Not to be redundant… buuuuuut, I decided to go back and rebuild my arch more to my liking, this time working more within tidal rhythms… beginning just before low tide, spending more time perfecting the curve (relatively) so that the arch line was not only symmetrical, but also reflected a fairly even geometric circle as opposed to the previous ovular reflection. i like circles, and i’m a sucker for the elegance of precision and geometry… and also, cuz i like 21 more than 20. divisible by 7 and 3, both of which are sacred numbers in my mind and experience. the platonic solids are all derived from a basic six point mandala around centered 7th. also every balance point needs at least 3 points of contact, always.

Anyway, this arch is slightly bigger than the last. here i added an extra rock to make 21. The previous variation only had 20. The slightly bigger span was necessary to realize my circle. and I must say, I did a pretty decent job hitting the mark, freehand! despite being hit by waves, several collapses and rebuilds, which i anticipated being the case amidst such a lofty goal.

This one I also built with strength in mind. The intention was for it to last through the coming high tide just before this sunset photo, which it indeed endured. As luck (or pattern?) would have it, sunset decided to put on another humbling show to compliment my efforts.. I also returned at sunrise to witness and document the real test, as sunrise high tide was projected to be significantly more intense.

The final strength left me in awe, enduring a heavy barrage of intense waves, at least 5 or 6 per minute, leading up to high tide the following morning. I imagine each huge wave weakened the structural integrity slightly until it just couldn’t take any more. but I find it quite magical that a huge wave took it down precisely within a minute of peak high tide shortly following sunrise. completing the circle of life and death. and I got to witness both. . . . 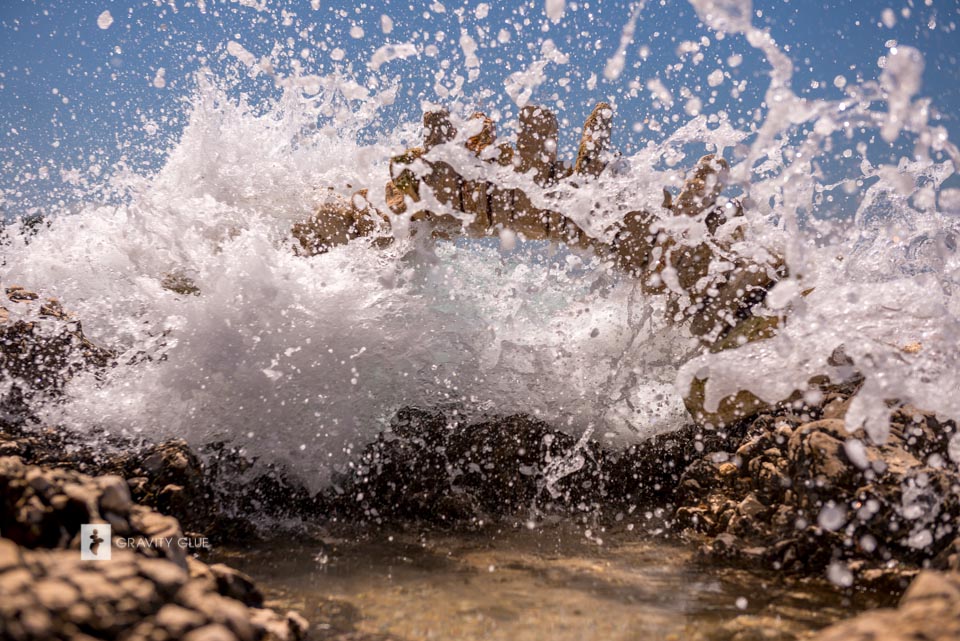 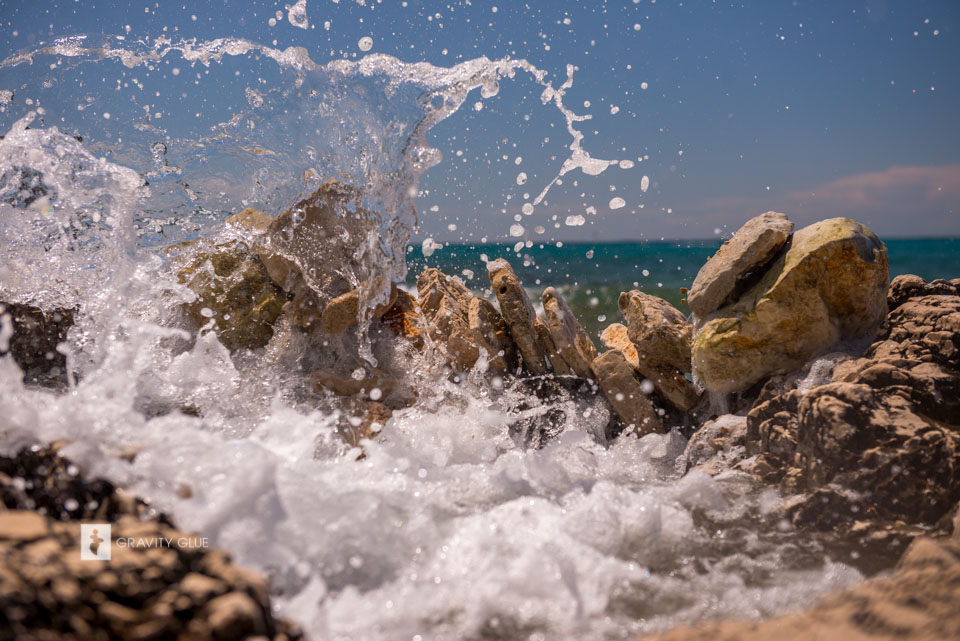 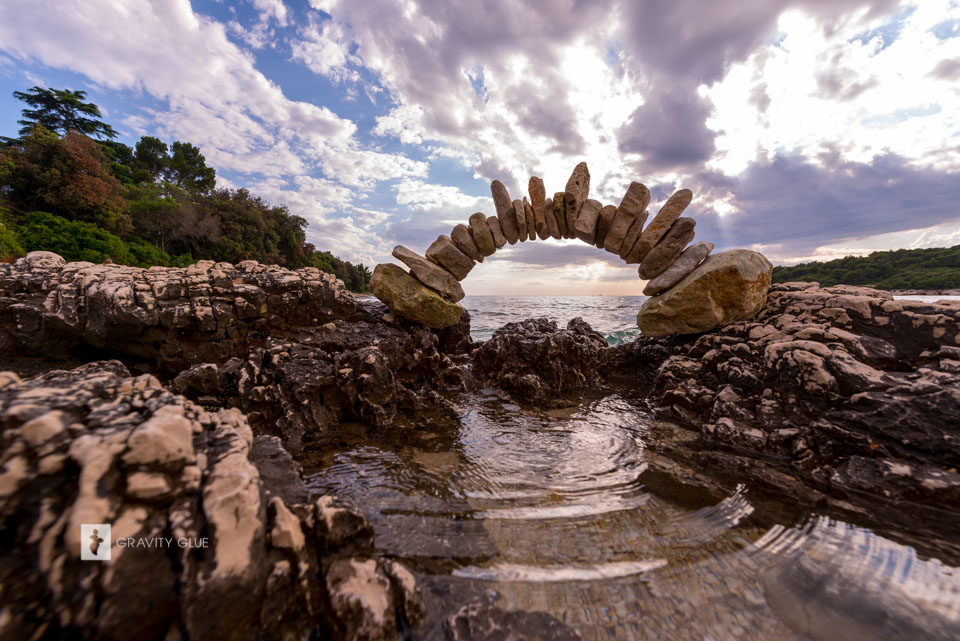 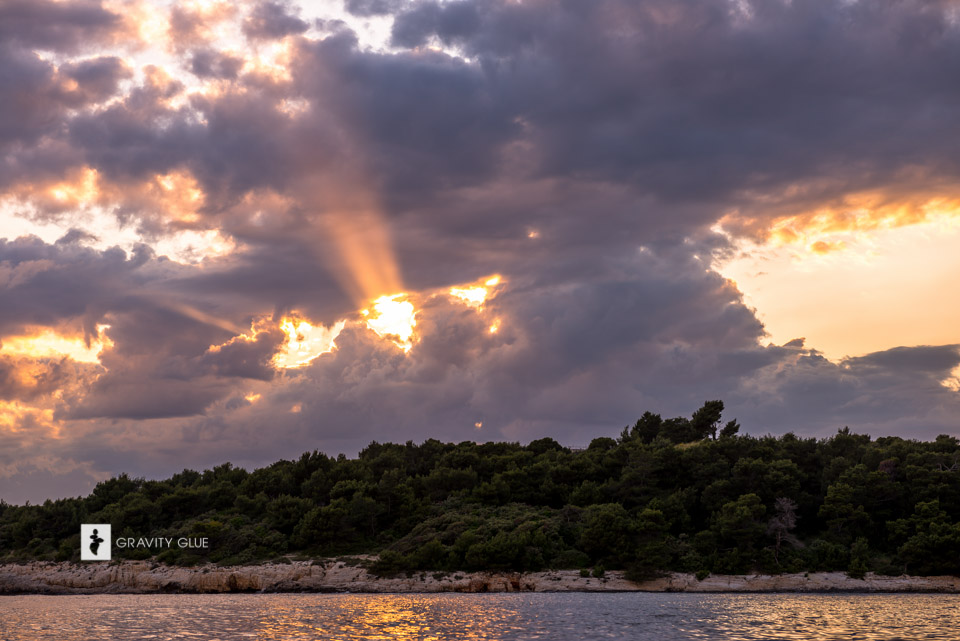 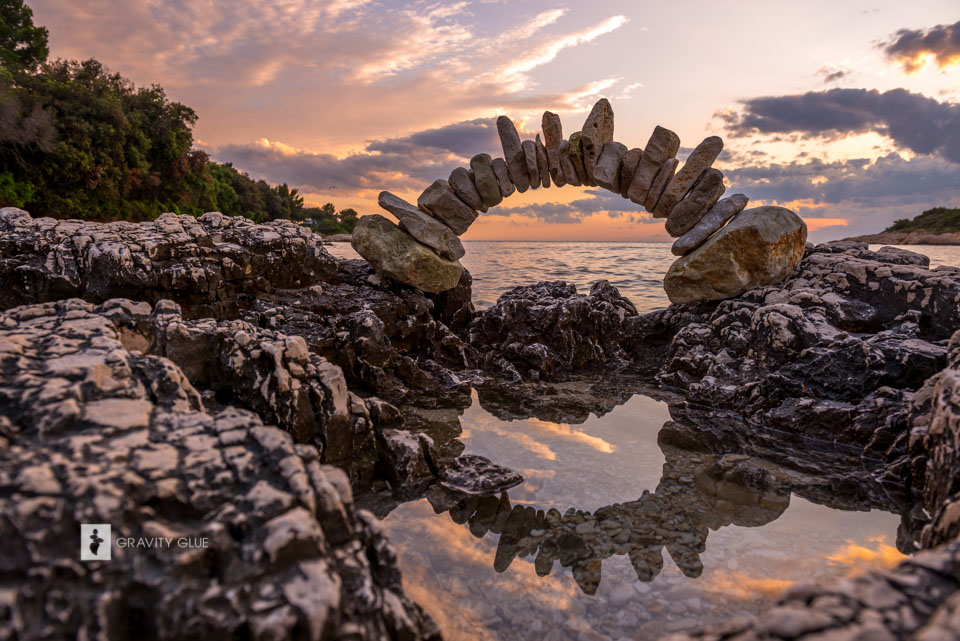 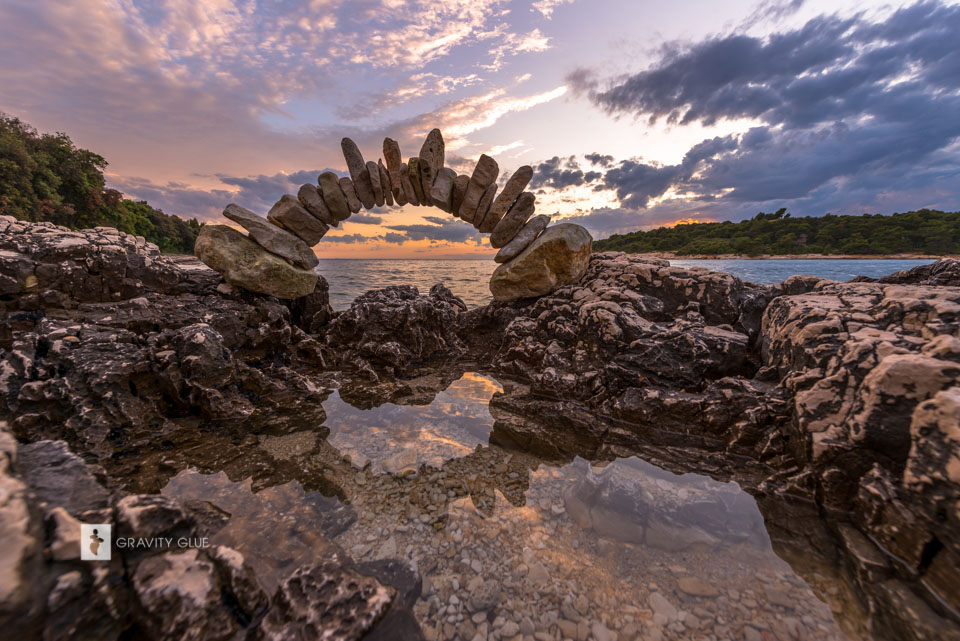 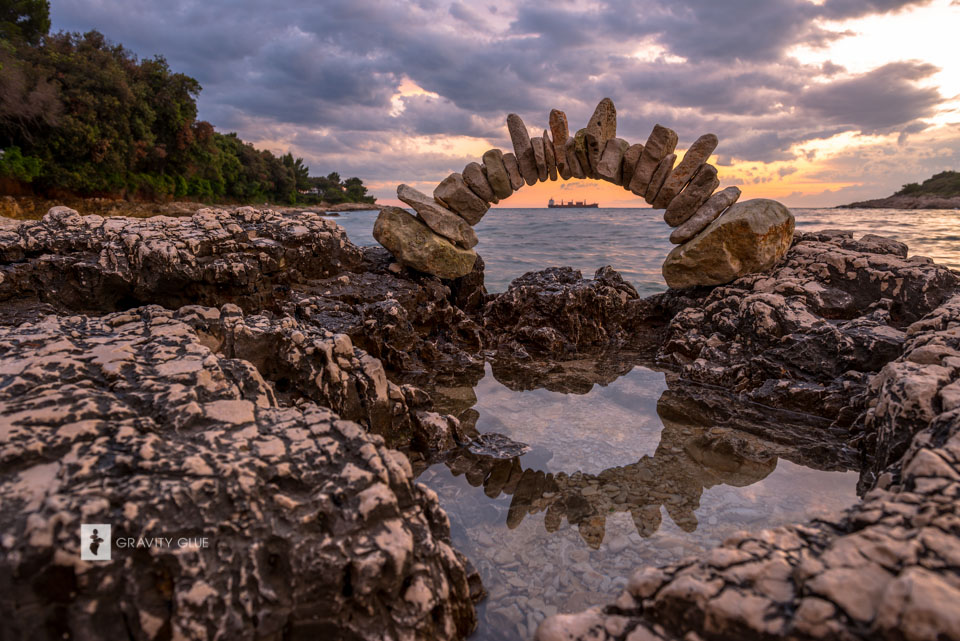 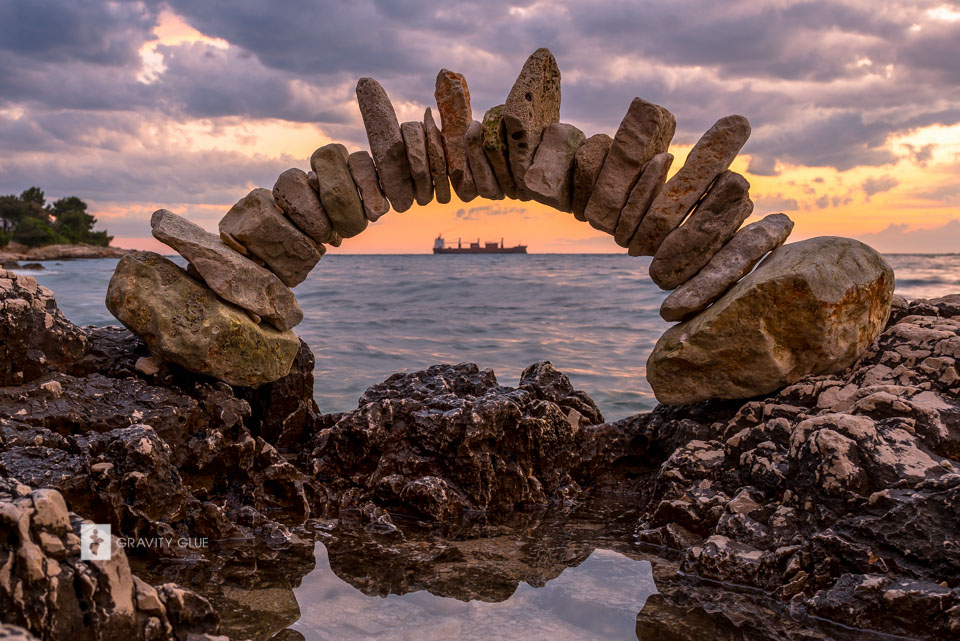 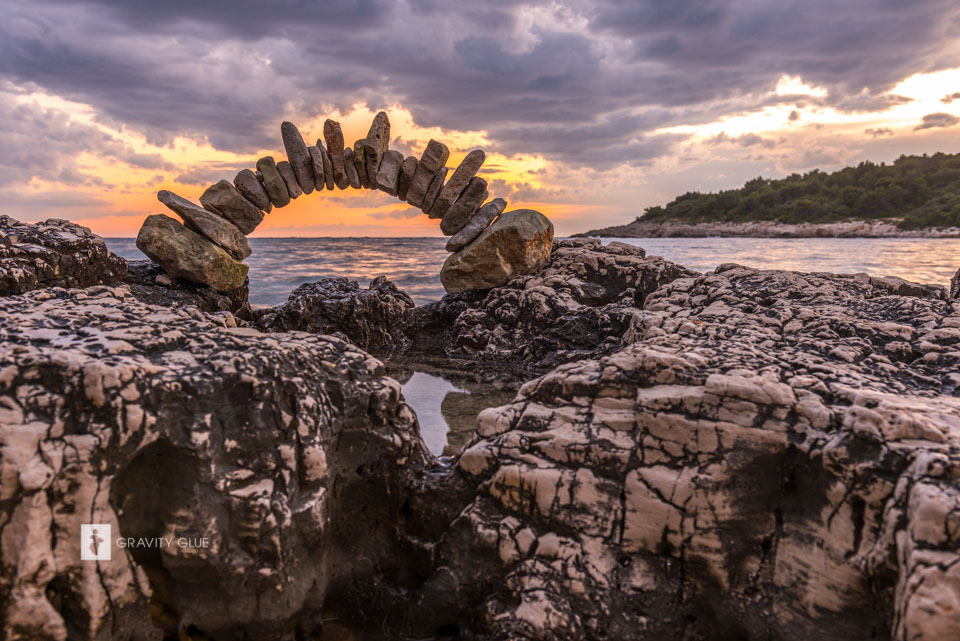 Side Doodle (more on this tomorrow) Following Sunrise (01 June 2016). These waves crashed hard against this arch for hours.. I watched the time closely and it ended up collapsing in the waves within 2 minutes of peak high tide. 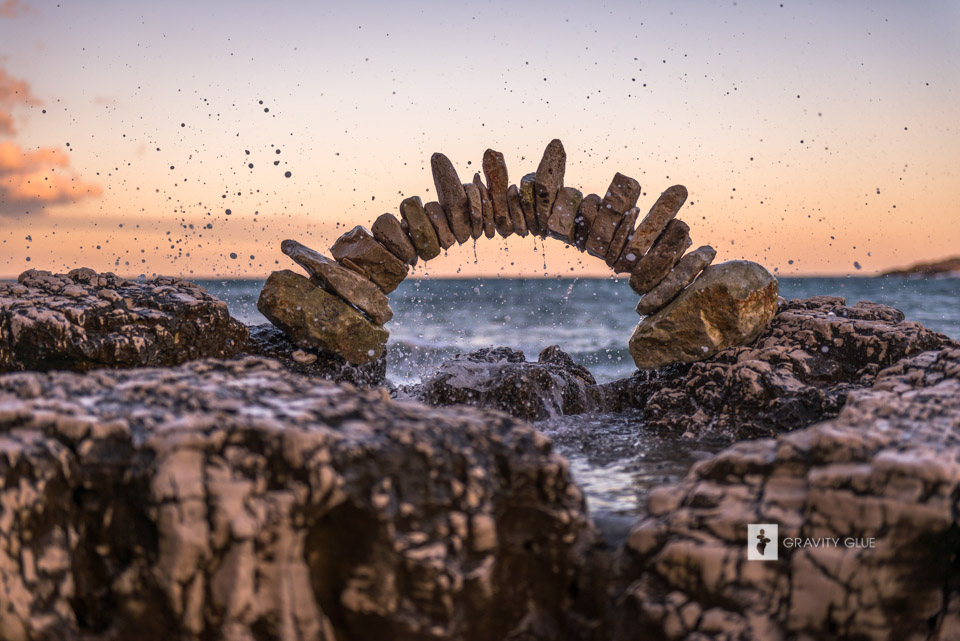 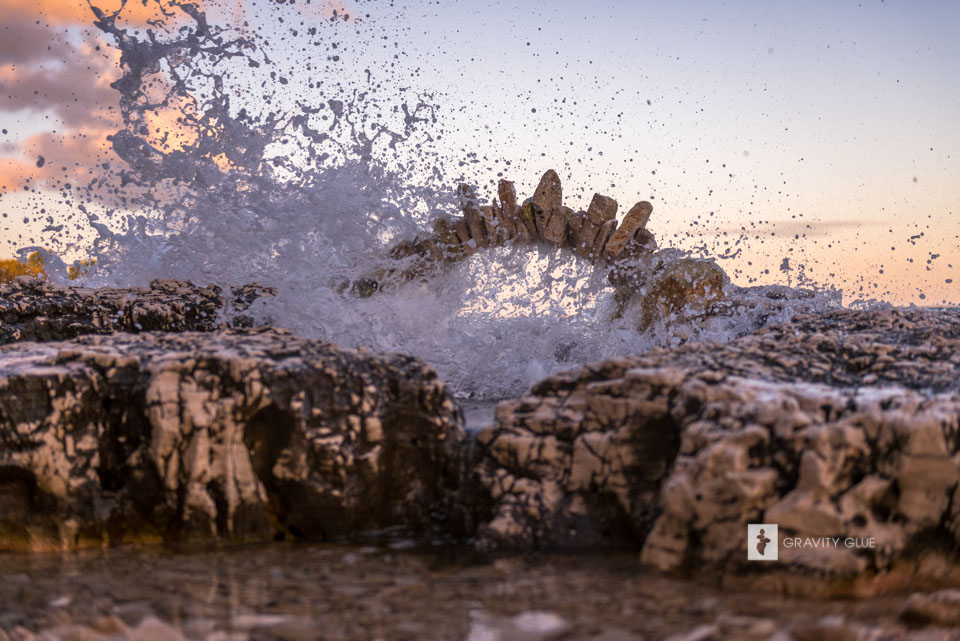