Ever notice the way Nature always just happens without any effort whatsoever? . . . “Of itself so”
Everything from the way the sun sets, moon rises, tides shift, birth, death, when music dances YOU! .. down to the minute details of breath and beating hearts. It all just happens. without much real explanation as to how or why. There are never any decisions involved in the raw flow of it all. No trying. Just doing. As was a core lesson of master Yoda and the Jedi way of life.
Humans (all of us) are masters of complicating the hell out of things, things like decisions and love for example. Projecting so many uncertainties — imagining endless ‘what if’s’ and expectations — exerting so much effort. As opposed to tapping into a flow state of doing — simply allowing it to happen as it must. 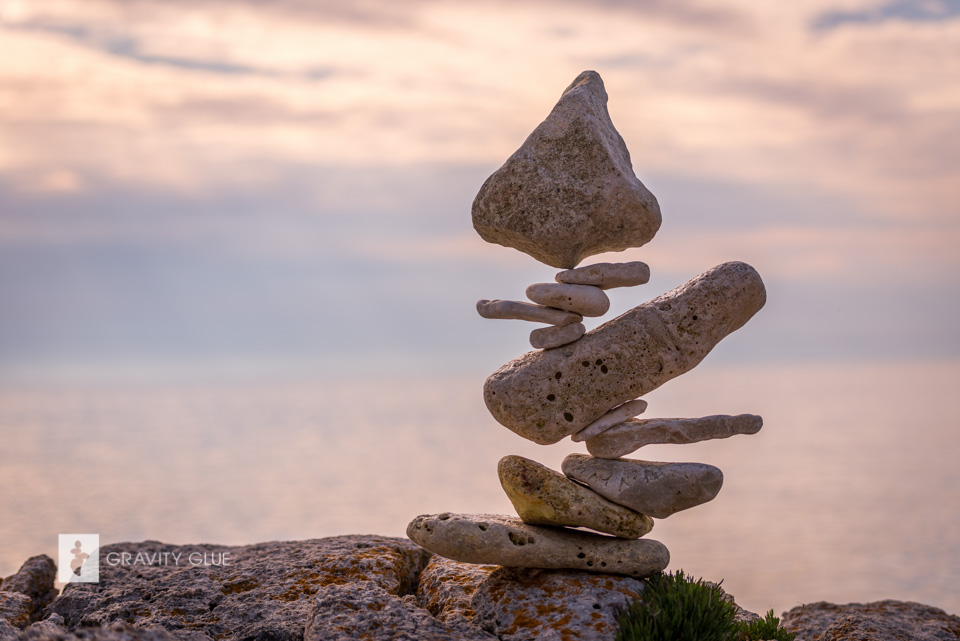 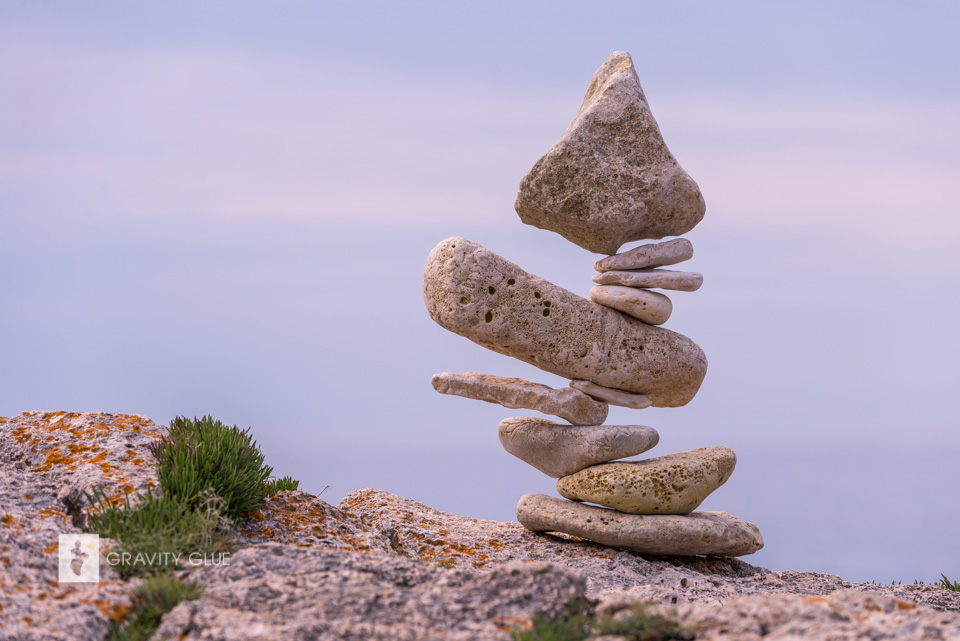 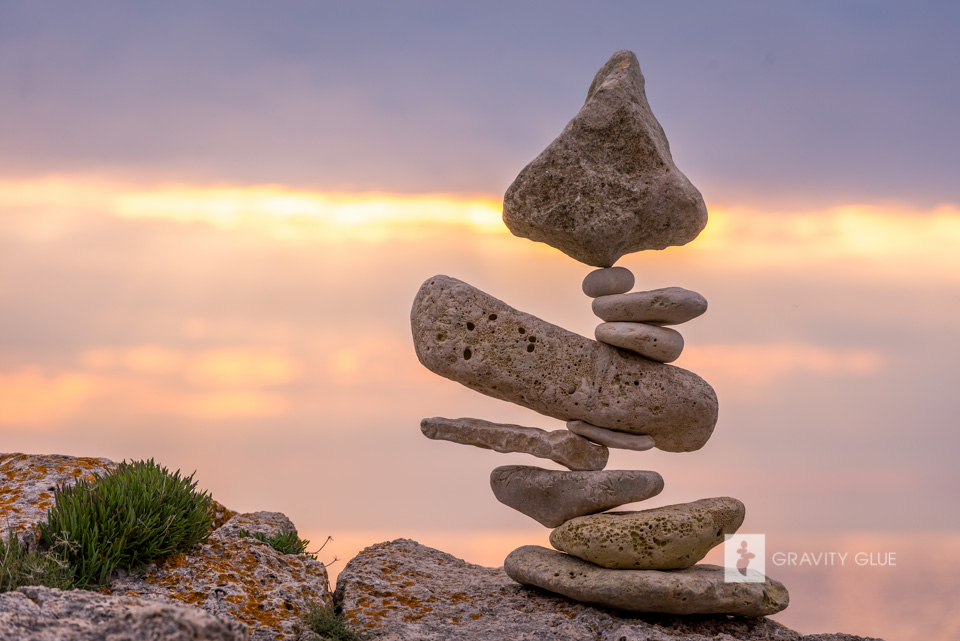 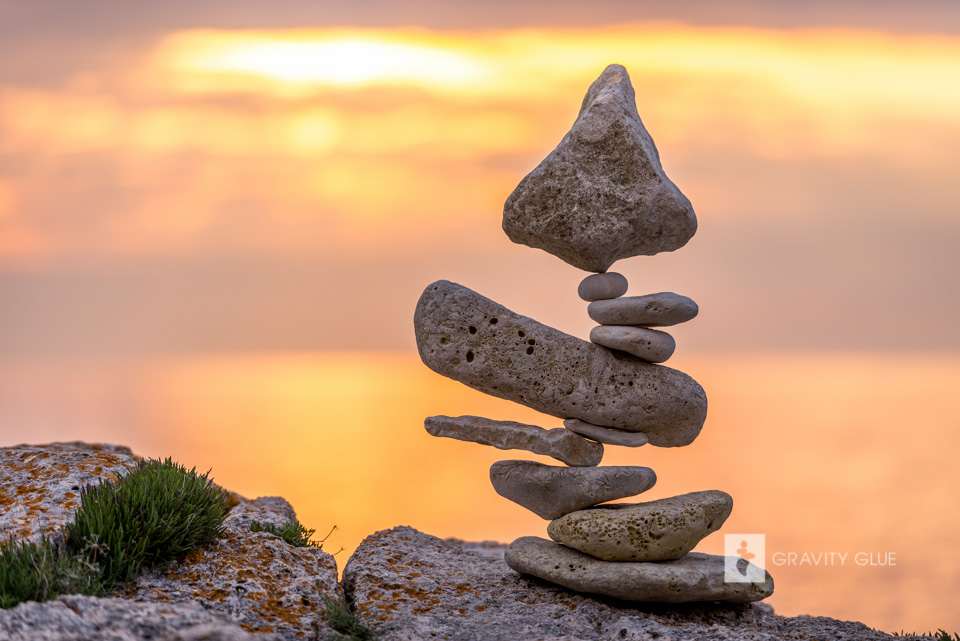 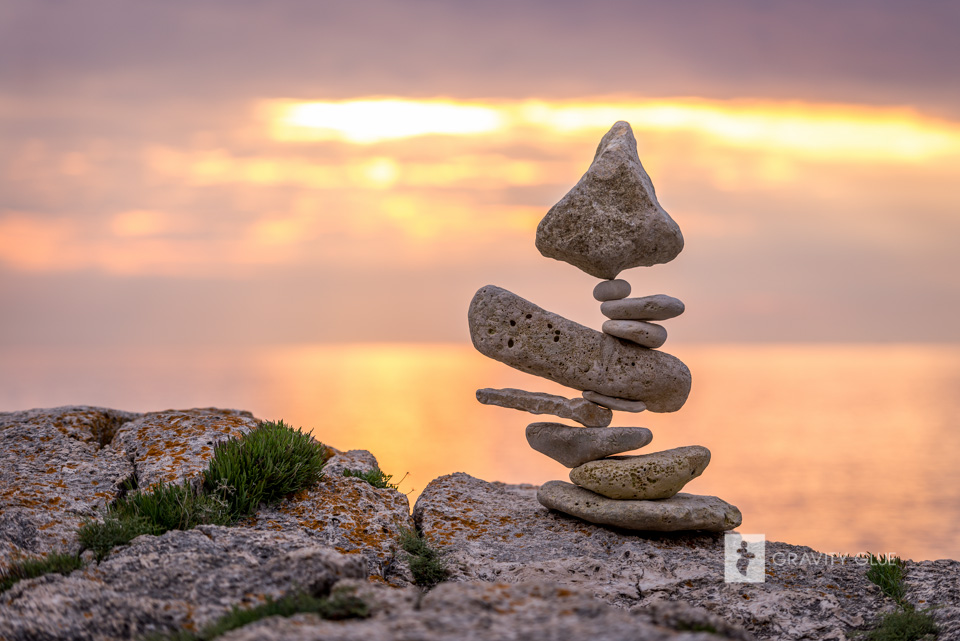 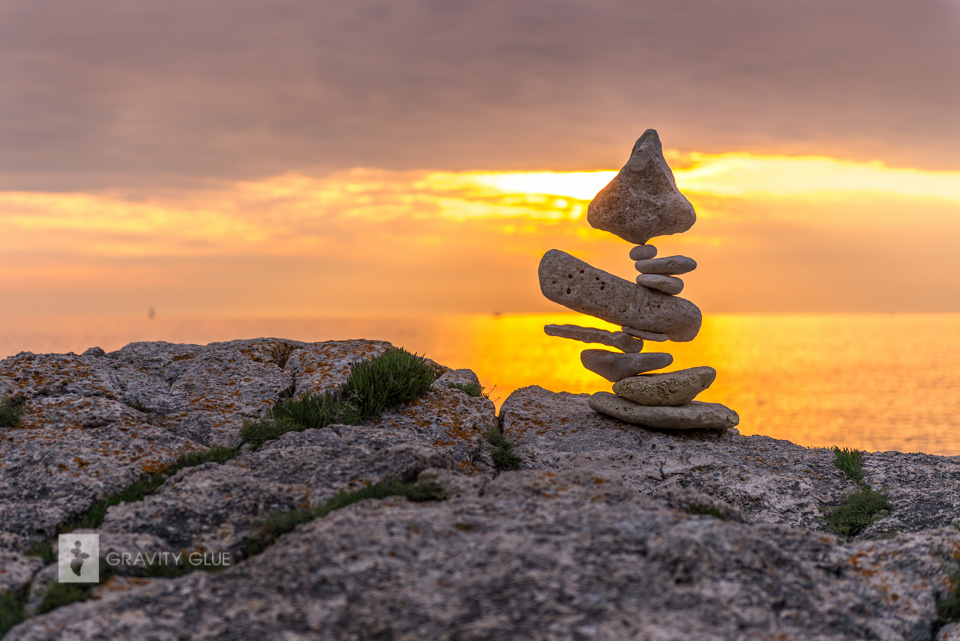 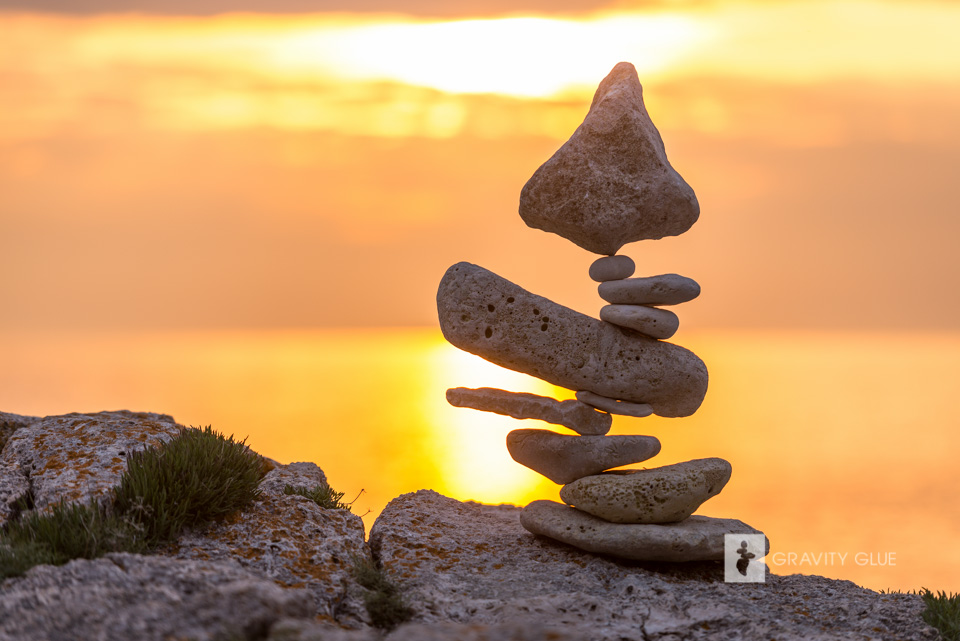 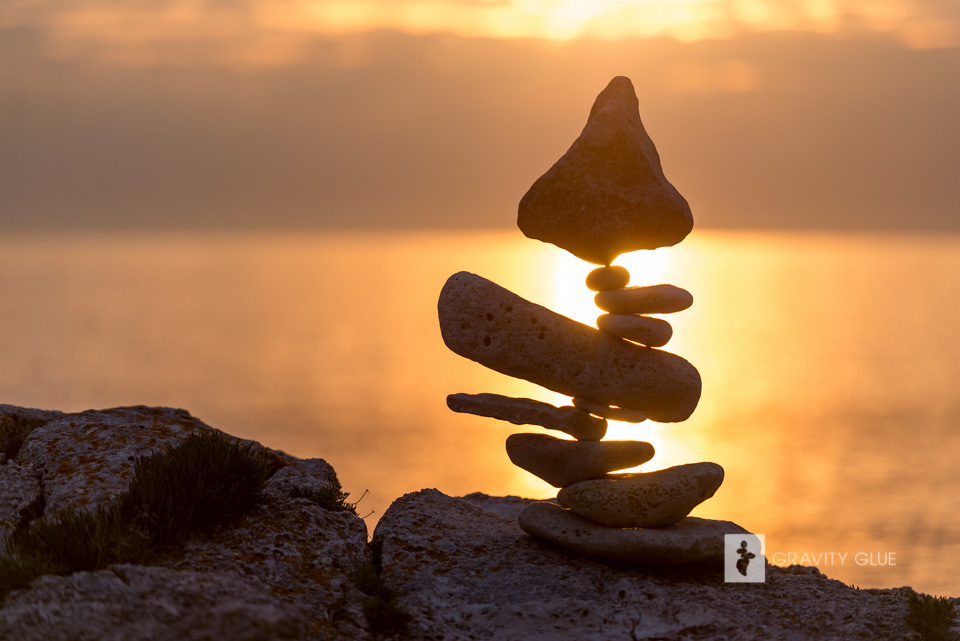 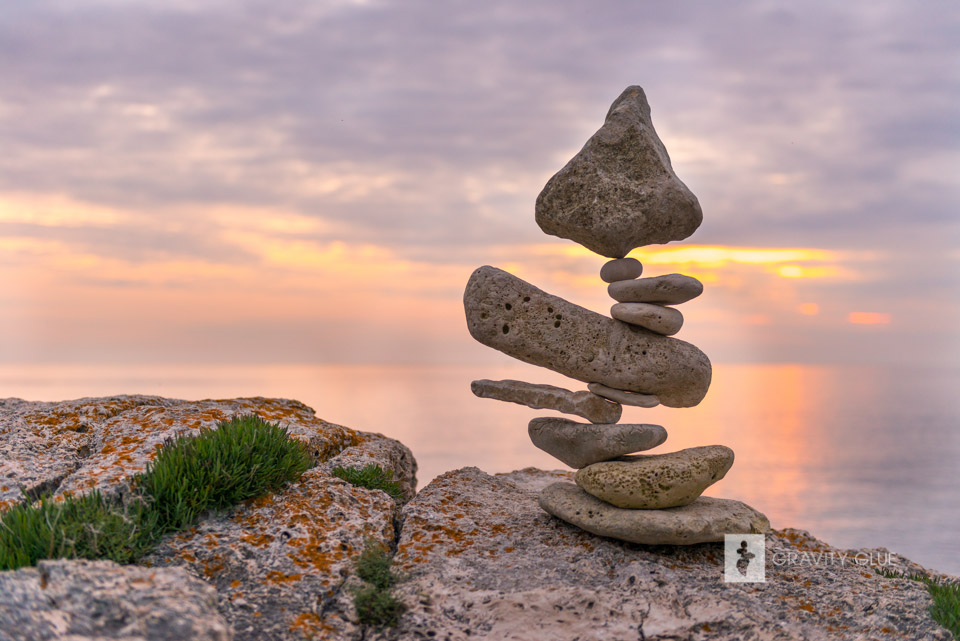 With all this stone balance practice, I’ve never had to try or really decide anything. It began spontaneously, in the usual ‘plop’ kind of way — completely unexpected. I didn’t even consider it “art” at first. But once the seed planted, it rooted organically, and eventually just took over a regular mundane job i had at the time. Took over my ‘party – all -night — sleep – all – day’ lifestyle at the time.  Destroyed a relatively victim mentality. No trying, no formulas, no fear of missing out — the revolution was inevitable, as seems the case with anyone who really taps into a passion or purpose in life. Like i go crazy without.
Anyone who knows me personally, has most likely had glimpses of my obsessive process. Like i go crazy without. As any passionate artist will most likely agree, “I can’t not do it” … It is simply the nature of my being. There is an unknown force that drives slightly beyond any rational control. Purely a verb without a noun. For example, one of the greatest pleasures of creating art is the egoless flow state achieved amidst the process. Long ago i gave up the inhibitions that ego placed on creation.. I don’t care who sees me, or how silly or strange i might seem to other unwitting bystanders. One must learn to engage the flow without thinking. without giving a shit about appearance, or seeming silly to others. All that nonsense will only hinder the infinite potential of the love-flow state. Sometimes you just hafta take the risk without knowing why, even if/when your heart, or pride is on the line. You just gotta allow the ‘plop’ to plop, without asking first.
Same is true with the feeling of love. It happens in the same kind of ‘plop’ way, now, and only now. No one can really control what, when, or who they love, No one can decide to love or not, it just happens, and if it’s meant to happen, it WILL, without explanation, and no force on earth will stop it, just like no one can stop death, or stop the sun from rising. I guess where it gets messy is when we differentiate ourselves and let egos take over the situation. fear too. and worry. and whatever else we’d like imagine, in order to avoid our integral verbage in the grand love-flow state of nature.