Recently have been giving Terrence Mckenna another listen… more specifically a talk of his called “Unfolding the Stone” (coincidentally enough), in which he makes mention of Hermeticism and magic… curiosity led to more research. . .

As far as i gathered through light research on wikipedia, along with nearly 8 years of personal experience.. it appears that stone balance as a daily practice could be seen as a form of “Renaissance Magic” . . and more specifically falls under a theorized third of the “wisdom of the whole universe”, known as ‘theurgy’, which seems to point to a daily practice or ritual whose goal is “henosis”, aka, state of union, or yoga. One author even mentions the practice of getting spirits to “animate statues” 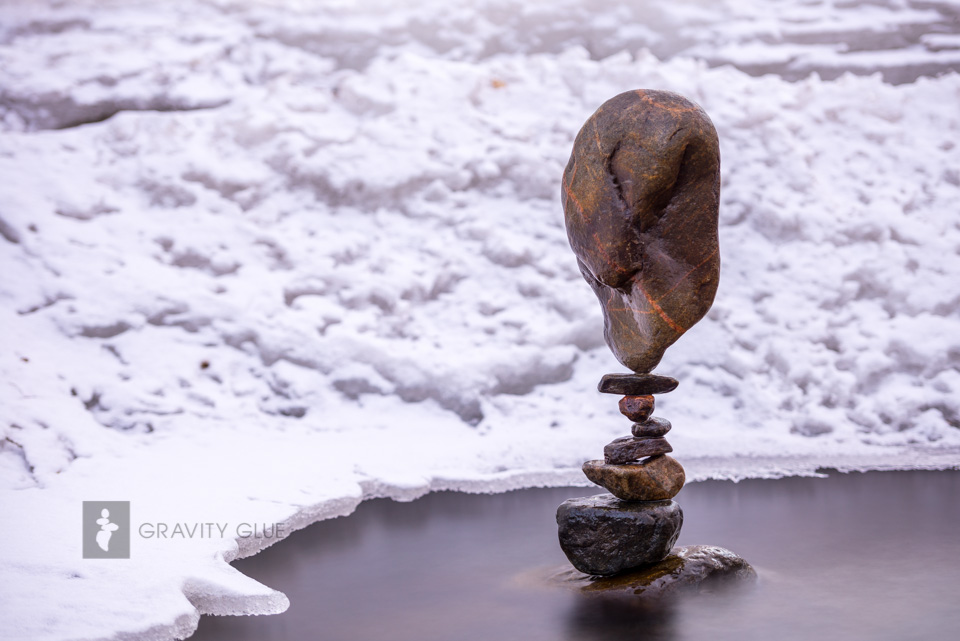 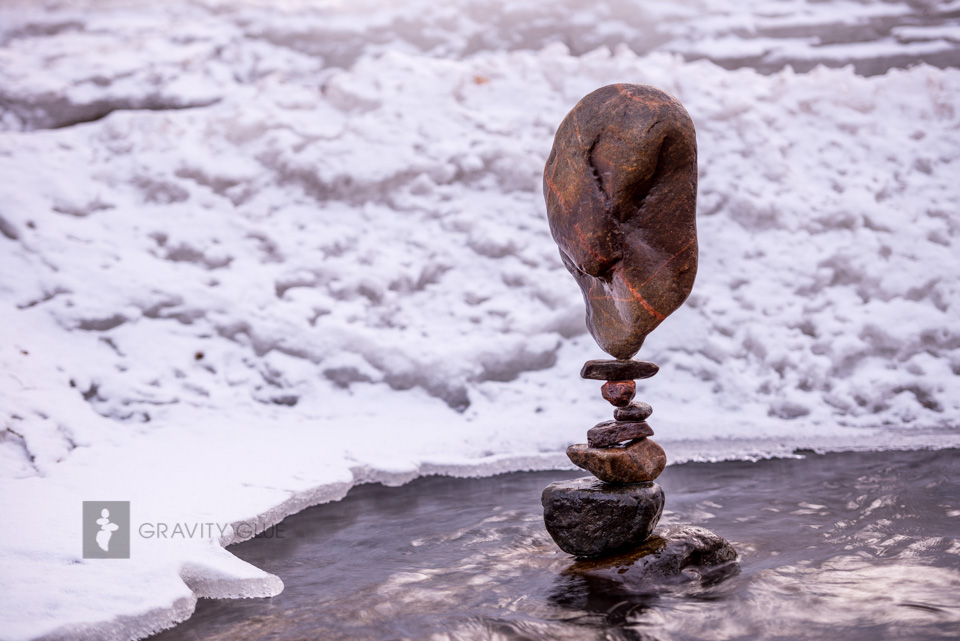 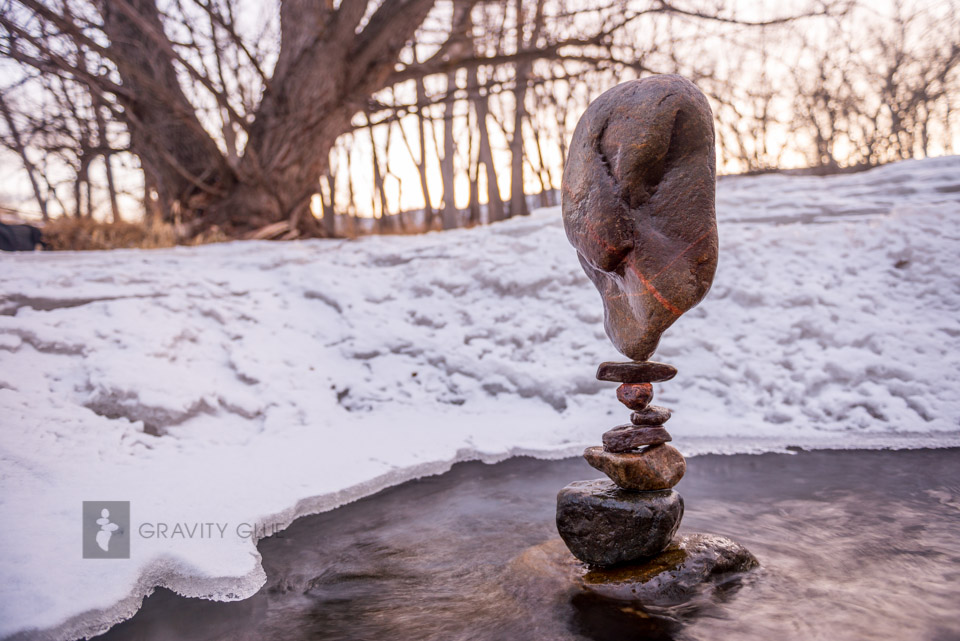 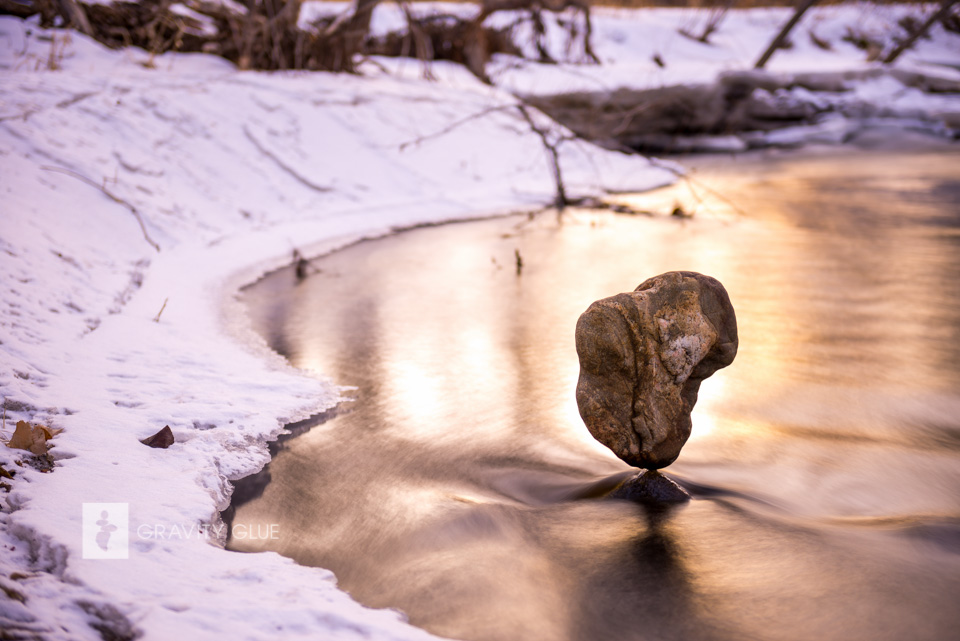 all this made me think immediately of balancing, because it is often my experience that designing these spaces of rocks carries a certain magic and even spiritual element with it; as if i lose time and, in a sense, lose myself in each unique microcosm. Not only the creative process, but also the final result, the way it seems to boil with positive energy in a way otherwise unfelt and indescribable.

anyway, that’s enough psychobabble for now. i might recommend going outside to play.

Same rocks. same order. *different day. *different build. why? cuz it felt necessary. to play more with the photographic composition, and the puzzle itself was delightfully challenging. one of those all or nothing, potentially bone-breaking type of puzzles.

most sensitive aspect was the two tiny rocks in the middle. both hanging on limits of balance and friction. . . making placement of such a massive top fairly risky, in freezing water, with bulky gloves, and leaking waders. . . but it worked out. 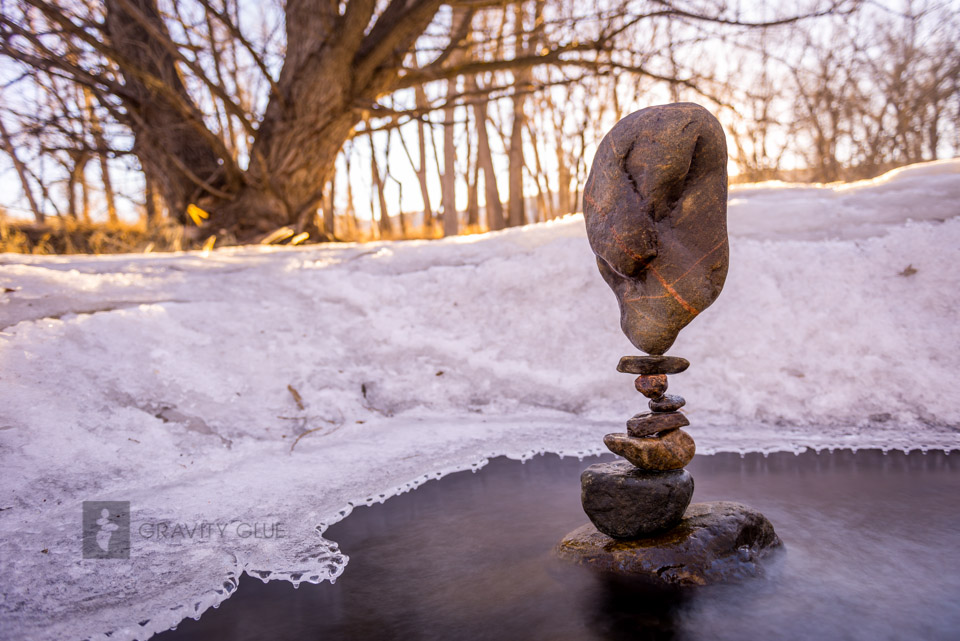